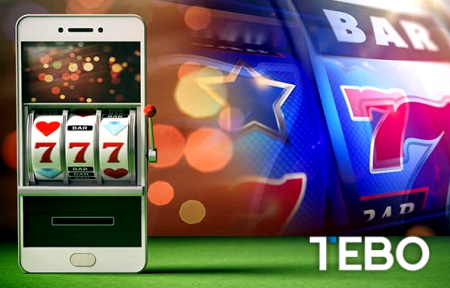 To date, the definitive birth of slot machines remains unclear. Slots allegedly came about in 1887, invented by a mechanic named Charles Fey, though other sources attribute the inventing in 1895. The slot machine invented by Charles Fey contained three spinning reels and five symbols, which were horseshoes, spades, hearts, diamonds, and Liberty Bell. The game quickly picked up its pace and became trendy because it offered a big win each time a player stroke three Liberty Bells on the spinning reels.

Sittman and Pitt of New York invented another version of the slot machine that encapsulated components of a poker game. It had five spinning reels with a total of fifty card faces. This slot machine was famous and made available in many bars in town, and it allowed players to win some pints of beer and cigars. Though, debates are raging as to who invented the very first slot machine that paved the way for modern gaming.

In the early 20th century, due to the gambling nature of slots, a revised version of the slot machine was built to replace the old ones. The original symbols were replaced with fruit symbols, and it gave out prizes like candies and flavored chewing gums following the combination of fruit symbols on the reels, instead of nickels and coins. The slots were very popular that it appeared in places like saloon and barber stores too.

Slots lasted the way they were until 1963 when Barry Manufacturing developed the first electromechanical slots called Money Honey. It stood out because of its automatic payout of up to 500 coins without the help of an attendant. These slots pioneered what we know as online gaming today. The acceptance of these slots boosted an increasing prevalence of electronic games.

In 1976, the first video slot was invented by Fortune Coin Co., a Las-Vegas based company in California. This video slot was mechanical, with all the parts replaced with electronic components. The spinning reels were replaced with screens, while the lever was replaced by a push-button. It became the next it-thing and eventually took over the casino floor. The first video slot with a ‘second screen’ bonus round was Reel ‘Em In, a product by WMS Industries in 1996. When the ‘second screen’ is triggered, players get to participate and stand a chance to win some extra payout.

With mobile consumption predominating the betting domain, slots have gone mobile to meet the public demands. Instead of going to the casino and enjoy a few spins, players can now enjoy the thrills of playing slots online on their mobile devices. Slots will always be in vogue in the betting culture, and you will see more variation of slot games in no time!

Types of Bonuses in a Slot Game

Bonus rounds are designed to spice things up and boost the entertainment value of a slot game. There are a few common types of bonus rounds in slots:

Bonuses and rewards can be crucial when playing slot games because these contribute to a higher chance of winning and result in a heftier payout. Some casinos are generous with their offers and bonuses. The few most popular forms of bonuses are in the form of free spins and promotional offers. Free spins are normally given after the players have hit a certain number of spins. As the name suggests, free spins give players more spin without meddling with their bet amount. Sign-up offers are one of the numerous promotional offers that most online casinos provide. Players receive the reward after they have successfully registered as a member. In most online casinos, players also get deposit bonuses after they have completed a transaction. All these free credits can help in expanding the players’ bankrolls.

In addition to that, online casinos give out weekly or seasonal bonuses too. A seasonal bonus is a type of bonus presented to players in conjunction with a festive season. For instance, during the Chinese New Year season, the player will receive a certain amount of bonus without a clause. Free games are not a bonus, but a feature that is handy for players. A free slot game lets a player play for free. Of course, the payout will not be pertinent, though. Players can take full advantage of a free slot game to familiarize themselves with the gameplay or find a game that is to their taste.